Eun Young Choi was named the first Director of the National Cryptocurrency Enforcement Team (NCET) by the United States Department of Justice (DoJ) earlier this week.

The NCET was established to combat “criminal misuse of cryptocurrencies and digital assets,” with a focus on illegal activities in virtual currency exchanges, mixing and tumbling services, and money laundering infrastructure actors, all of which are used to fund cyberattacks, ransomware, and extortion schemes.

Separately, the FBI announced the formation of the Virtual Asset Exploitation Unit (VAXU), which would be tasked with identifying and seizing illicit cryptocurrencies as part of a larger campaign to disrupt worldwide criminal networks.

According to Chainalysis, a blockchain analytics business, cybercriminals laundered $8.6 billion in cryptocurrencies in 2021, up 30 percent from 2020. The ill-gotten monies are used in crypto-native crimes like darknet market sales or ransomware attacks, where gains are made in digital currency rather than fiat currency. 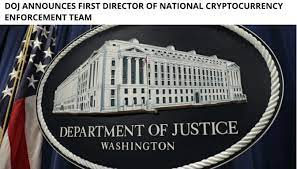 Furthermore, criminal balances increased significantly in 2021, with malevolent parties holding $11 billion in funds from known illicit sources at the end of the year, up from $3 billion at the end of 2020.