TheDigitalHacker
HomeUpdateAfter a crash in California, a Tesla vehicle in the 'Full Self-Driving'...
Update

After a crash in California, a Tesla vehicle in the ‘Full Self-Driving’ beta mode was severely damaged.’

On November 3rd, a Tesla Model Y in “Full Self-Driving” (FSD) beta mode apparently crashed in Brea, a city southeast of Los Angeles, marking what is likely to be the company’s controversial driver aid feature’s first incident. Although no one was hurt in the accident, the vehicle was said to be “severely damaged.”

The accident was reported to the National Highway Traffic Safety Administration, which is investigating Tesla’s Autopilot system in numerous ways. The owner of the Model Y appears to have filed the incident report.

Tesla’s decision to test its “Full Self Driving” driver assistance software on public roads with untrained vehicle owners has drawn a lot of attention and controversy. Throughout, the business has released — and then withdrawn — a number of software updates intended to enhance the system while simultaneously correcting flaws.

Many video clips of Tesla owners using FSD beta have been published to the internet, with varying degrees of success. Some movies show the car comfortably handling difficult driving conditions, while others show it straying into the wrong lane or making other major errors. 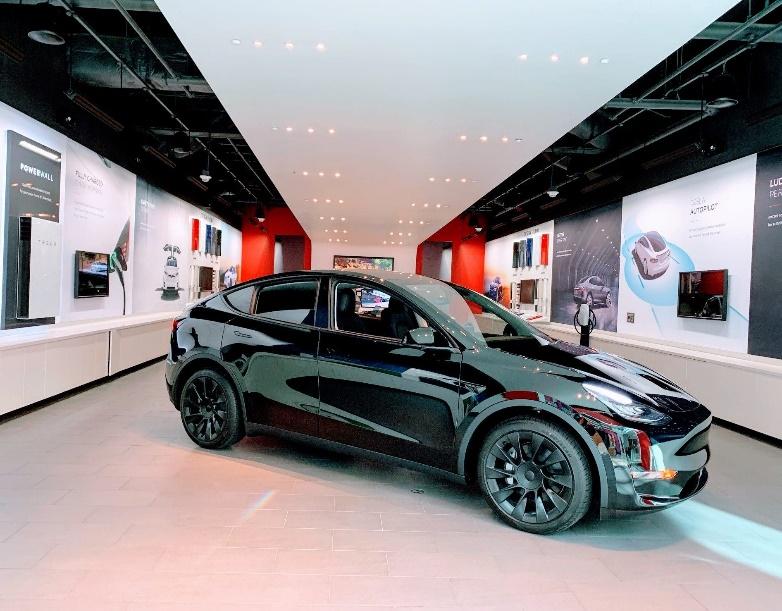 Despite its name, FSD is not a self-driving vehicle. Drivers must maintain vigilance by maintaining their eyes on the road and their hands on the wheel. Under the Society of Automotive Engineers’ taxonomy, vehicles with highly automated driving systems that still require human supervision are classified as Level 2. (A vehicle reaching Level 5 may travel anywhere, in any circumstance, without human supervision.)

The US government has rekindled its interest in Tesla, declaring recently that it was looking into events involving Tesla cars using Autopilot that collided with parked emergency vehicles.

The NHTSA also wants further information from Tesla concerning the growing public beta test of FSD, the recently published “Safety Score” evaluation procedure for entry into the programme, and the nondisclosure agreements Tesla required participants to sign until recently.

Tesla’s press department was disbanded in 2019 and a representative did not reply to a request for comment. A spokesman for the National Highway Traffic Safety Administration stated that the agency was looking into the issue.