Analyzing the impacts of the shocking war between Ukraine and Russia

The Russian National Computer Incident Response and Coordination Center warned that “attacks can be aimed at disrupting the functioning of important information resources and services, causing reputational damage, including for political purposes,” in addition to the “threat of an increase in the intensity of computer attacks.”

“Any failure in the operation of [critical information infrastructure] items owing to a cause that cannot be reliably verified, first and foremost, should be regarded as a computer attack,” the agency noted.

It also warned of possible influence operations aimed at “forming a negative image of the Russian Federation in the eyes of the international community,” echoing a similar warning issued by the US Cybersecurity and Infrastructure Security Agency (CISA) last week about foreign actors attempting to target critical entities with information manipulation.

Multiple government and banking websites in Russia, including the military’s (mil.ru), the Kremlin’s (kremlin.ru), and the State Duma’s (duma.gov.ru), have been rendered inaccessible as a result of a wave of cyberattacks targeting Ukraine, which resulted in the deployment of a data wiper known as HermeticWiper on hundreds of machines in the East European country. 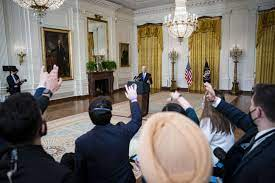 According to Symantec, the previously undetected data-wiping malware targeted firms in the banking, defense, aviation, and IT industries, although it’s unclear how many networks were compromised. Wiper attacks on machines were also discovered in Lithuania, signifying a spillover impact, according to the Broadcom-owned company.