As per the facts and information provided by the Ubisoft officials Assassin’s Creed Valhalla will not be able to run at 4K 60FPS on Xbox series X.

This is very disappointing for the Xbox console owners as the most awaited game will not be able to run at 4K 60Fps.

A Ubisoft spokesperson, confirmed that it would be able to run at 4K 30FPS at the very least.

Although the Xbox Series X has all the required to run a modern-day AAA titles at 4K, and its 12  TFLOPS of computing power is up with the high-end graphics card when it comes to raw power. But given that both the platforms operate on entirely different architectures, it would be unfair to compare them on this information alone.

Assasin’s Creed fans were very upset on May 7th at Microsoft’s Xbox Series X gameplay reveal. Well as you could derive that by yourself the reason behind their reaction. Who won’t be unhappy when their console won’t support the game that they were waiting for.

When nowadays it is very common for consoles to break the 60FPS barrier, with this new upgrade the Assasin’s Creed fans might have to wait a bit longer for it to be optimized for them.

Well this doesn’t mean that Xbox Series X wont be able to pull 4K at 60FPS for other titles, it is just that they are not going to do that any soon at least for Assasin’s Creed Valhalla.

We have seen this before that it takes developers quite some time to squeeze the maximum performance out of a gaming console. In the case of PlayStation 3, 4, Xbox One, and Xbox One X.

Don’t worry gamers don’t be upset the developers would surely come up with something. 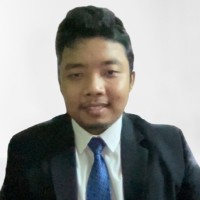 Benny
Benny is a computer science engineer and currently doing an MBA from IIM. He loves understanding market demand and supply problems and loves listing and recommending the right products to the readers.
- Advertisment -