In a virtual congressional hearing on Thursday, Facebook CEO Mark Zuckerberg, Google CEO Sundar Pichai, and Twitter CEO Jack Dorsey had to address questions about misinformation on social media. Questions ranged from nuanced and on-topic inquiries about the events leading up to the capitol protests to conspiracy-theory informed allegations, as they had in every other hearing.

Several members of Congress questioned Zuckerberg about how children and teenagers use Facebook’s platforms, especially Instagram. Members from both parties wanted to know what Facebook is doing to keep kids safe, protect their personal details, and avoid profiting from a possible social media addiction.

Facebook CEO Mark Zuckerberg told Congress that the children on Instagram are healthy. “Helping people stay connected with friends and learn about different content online is generally positive,” he said in a lengthy, bold statement. 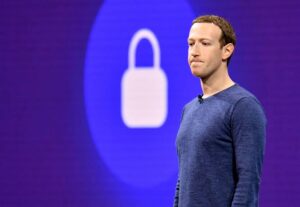 Because BuzzFeed reported last week that the popular photo-sharing app is working on a platform for children under the age of 13, kids on Instagram became a hot topic. “Users must be at least 13 years old to use Instagram”, according to the Childhood Online Protection Act (COPA).

Parents’ organisations are alarmed by the rise, and have been pleading with Facebook for years to do more to address social media addiction, bullying, and the detrimental effects of time spent on social media on mental health.

Rep. Kathy Castor (D-FL) expressed this sentiment vehemently, citing a number of damning studies on the subject, to which Zuckerberg could only reply, “Congresswoman, I’m aware of the issues.”

Under interrogation, Zuckerberg admitted that there are children who lie about their age and still manage to get onto the site. It’s one of the reasons, he claims, that Facebook is looking at developing an Instagram app for children.

“We’re still figuring out how this service will work,” says the author “In response to a query from Rep. Gus Bilirakis, Zuckerberg said (R-FL). “A huge number of people under the age of 13 will clearly want to use a service like Instagram.”

Castor was not impressed with Zuckerberg’s tepid response to her query about children under the age of 13 using Instagram.

“The issue is that you’re conscious of it,” Castor explained. “You’re probably aware that our children’s brains and social learning are still developing at a young age. We set the [13-year-old age limit] in the law for a reason, and these sites have ignored it. They’ve made money off of it. We’re trying to make the legislation more stringent.”

Instagram for Kids has recently been put on alert.