Atlanta shined light on an attack that happened back to July

As a result of a ransomware attack, Atalanta, a North American food importer, has admitted to a data breach compromising employees’ personal information.

Atalanta released a statement on Wednesday (December 8) detailing its incident response since the late July attack. 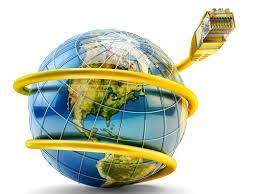 Atalanta discovered malicious behavior on their network on July 25, 2021, including the encryption of specific computers. When Atalanta learned of the malicious behavior, it promptly contacted third-party experts and began remediating the situation, which included performing a forensic investigation into the occurrence.

As a result of the incident, specific information about Atalanta’s current and past employees, as well as certain visitors, was accessed and acquired, according to the forensic investigation. There has been no indication of any misuse of the material so far.

Atalanta (not to be confused with the same-named Italian football club) went on to declare that it “acted rapidly to investigate and identify the individuals whose information was possibly involved, as well as to implement additional security measures to further safeguard its systems and processes.”

The company, which is North America’s largest privately held specialty food importer, also provided broad information on services that might assist people protect themselves from identity theft in circumstances where their personal information has been compromised.