Bitcoin Breaks the $60,000 Barrier for the First Time

14/03/2021
Twitter
WhatsApp
ReddIt
Linkedin
We independently research, test, review, and recommend the best products—learn more about our process. If you buy something through our links, we may earn a commission. learn more

On Saturday, Bitcoin briefly surpassed $60,000 (roughly Rs. 43.7 lakhs), as the support from corporate heavyweights aids the world’s most popular virtual currency is continuing its record-breaking streak.

According to the website CoinMarketCap, the cryptocurrency reached an all-time high of $60,012 at 1149 GMT. 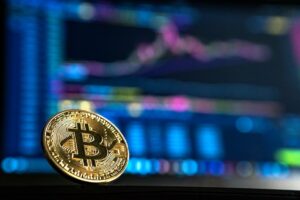 Wall Street titan BNY Mellon, hedge fund behemoth BlackRock, and credit card behemoth Mastercard are among those who have joined the bandwagon.

The virtual bubble then exploded in the days following, with bitcoin’s value fluctuating wildly before plummeting below $5,000 by October 2018.

Investors and Wall Street finance titans were wooed by dizzying acceleration, the potential for profit and asset diversification, and a secure store of value to guard against inflation in the previous year’s rise.