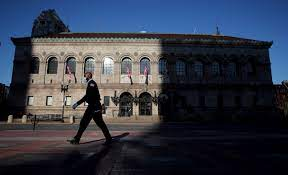 A cyber attack disturbed the tranquillity of Boston’s Public Library (BPL), it crippled the library’s network and caused a wide technical outage. The attack occurred earlier this week, the library said in a statement. There has been no evidence about leak of sensitive employee or patron data yet.

BPL is the third largest library in the US which takes after the Federal Library of Congress and the New York Public Library, based on the volume of content it holds. The library’s central branch plus other 25 neighbourhood branches cater to almost 4 million visitors per year and millions online.

According to the library, the impact of the attack started on Wednesday morning, pausing public computers, public printing services and some online services. The library affirmed that “the affected systems were taken offline immediately, proactive measures were taken to isolate the problem and shutdown network communications”.

The IT department of BPL is now restoring the impacted systems and services in collaboration with the mayor’s Department of Innovation and Technology and law enforcement.

Kurt Mansperger, the chief technology officer of the library said in a statement, “We apologize for any inconvenience this outage may have caused patrons”. He also thanked all the patrons for being patient as their team and law enforcement officials work to restore the digital services and protect the library from future attacks.