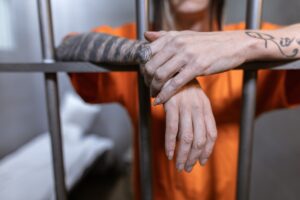 The Department of Justice brought forward the news of a Russian-Swedish national getting arrested for allegedly operating a long-running cryptocurrency laundering operation.

According to the agency, Bitcoin Fog passed more than 1.2 million bitcoin worth $335 million over the course of ten years. Since its conception, Bitcoin Fog has gained a reasonable amount of attention from cryptocurrency blogs and news outlets, with some recommending it as the best choice for concealing bitcoin’s roots.

Bitcoin transactions are recorded on the blockchain, making services like Bitcoin Fog essential for those looking to transact on the dark web.

Apparently, “the majority of this cryptocurrency came from darknet marketplaces and was linked to illegal drugs, computer fraud and abuse operations, and identity theft.”

According to the IRS, “darknet markets, such as Agora, Silk Road 2.0, Silk Road, Evolution, and AlphaBay, that primarily trafficked in illegal drugs and other illegal goods” were the largest senders of bitcoin via Bitcoin Fog.

The IRS claimed that Sterlingov took commissions of up to $8 million on bitcoin he helped clients launder, based on Bitcoin Fog transaction activity. According to the IRS, the Bitcoin Fog cluster is currently worth about $70 million.