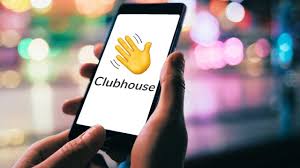 The most hyped up newly developed application as a medium for socialising since the pandemic struck, Clubhouse, has apparently suffered a data breach. The data breach has led to a leak of 3.8 billion phone numbers which does not only consist of the ones belonging to Clubhouse users but also the contacts from their phone-books which were linked to the app.

It was through a tweet by Jiten Jain, a leading Cyber Security Expert, that mentioned the data breach incident affecting user information like that of mobile numbers, fixed-line, private and professional numbers. The data is seemingly being sold via a private auction by the 4th of September, 2021. The interested ones were actually asked for leaving a comment on the supposed auction post upon the darknet, following which a participation link would be shared to them.

“A database of 3.8 billion phone numbers of #Clubhouse users is up for sale on the #Darknet. It also contains Numbers of people in user’s PhoneBooks that were Synced. So Chances are high that you are listed even if you haven’t had a Clubhouse login. #DataPrivacy,” – the tweet alleging the Clubhouse data breach having taken place.

Clubhouse was initially an invite-only app uptill July 21, this year. Since then, it has been availed to all users of both iOS and Android.

A similar report appeared in April concerning a data breach and the subsequent sale of 1.3 million Clubhouse users’ personal information on the darknet, including user IDs, names, usernames, social media handles, photo URLs, account creation dates, and information about who nominated the user to the program. Clubhouse CEO Paul Davison refuted the charges, alleging that the report claimed personal use.

While the company has yet to reply to the new rumours, cybersecurity experts have reportedly dubbed it one of the year’s most significant data breaches.