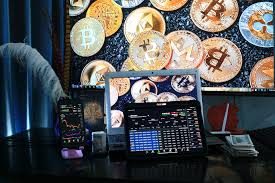 A cryptocurrency exchange platform based in the republic of Seychelles was ripped off by a huge amount approximating to almost 21 million dollars due to a hack on their ERC-20 hot wallet.

The platform started operating in 2018 and is not that well known, but this hack is one of the largest known recent cyber attacks.

Bilaxy disclosed this matter on its telegram and informed that the attack occurred on 28th August. The attack resulted in loss of 295 distinct tokens from the wallet.

One of the major affected forums was a decentralised finance protocol

One of the major affected forums was a decentralised finance protocol, HOGE Finance, had its $1 billion worth tokens transferred to another wallet,out of a total $ 22 billion tokens that were registered in this wallet, due to which the price of HOGE dropped 35%. According to HOGE the attack compromised several cryptocurrencies like Tether (USDT), USDC (USD Coin) and Uniswap.

In the light of the hack, bilaxy ceased all transactions on their website and also urged their users to stop doing so, they also transferred all the remaining tokens or assets to some other “cold wallet” from the current hot one.

Although Bilaxy is yet to uncover the total amount lost including asset value due to the hack, but according to some estimators and speculators the stolen value can go upto USD 450 million, a huge amount for a small exchange platform.