Dish enters into agreement with Amazon: to develop 5G network 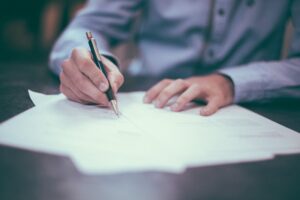 On Wednesday, Dish Network announced a partnership with Amazon to create a 5G network on the Amazon Web Services (AWS) cloud platform, with the first network expected to launch in Las Vegas later this year.

Dish and Amazon will work together to develop 5G applications such as low-latency virtual reality gaming, contextual advertising, and telecommunications orchestration.

“We have exposed our ambition and our technology to a number of enterprise customers and we are in deep discussions,” – Dish Chief Network Officer Marc Rouanne.

According to AWS Vice President David Brown, the partners had been talking about collaborating for about 18 months before signing the agreement on Wednesday.

It’s not an exclusive deal, because AWS also has a deal with Verizon.

Dish could pose a challenge to conventional telecom operators such as Verizon and AT&T, thanks to its new network based on cutting-edge technology.

As part of its commitments to the US Federal Communications Commission, Rouanne said Dish is on track to meet its target of covering 20% of the US population by June of next year, and at least 70% by mid-2023.