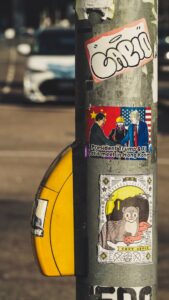 Under the Trump Administration, a total of 60 Chinese institutions were blacklisted in the Trade list which also includes the name of the topmost chipmaker company Semiconductor Manufacturing International  Corp. This measure was a result of concern raised over the company’s alleged links with the Chinese military.

The resultant measure prohibits SMIC from availing technology required for building 10 nm circuits and smaller chips. SMIC although has disagreed to these allegations but the situation will now have a huge impact on its manufacturing of the industry’s top class of chips. The impact could “put the U.S. semiconductor industry in the world’s fastest-growing semiconductor market, China, at stake.” Business is likely to be affected in terms of lower revenue generation and less market share.

As per analysts and experts, the new Biden administration is much likely to not unravel Trump’s decision for quite a while. However, Trump has added another move against the Chinese amidst his last administrative days.

Problems have emerged as a result of increased competition between the auto manufacturers against the widening consumer electronics industry for chip supplies. The consumers have got several electronic products stocked up leading to limited supplies of chips throughout 2020. The same is applicable in case of cars, surprising the industry officials with something unexpected over the last spring, hampering supplies.

The fact cannot be ignored that Donald Trump’s policies do have a key role as a reason behind these circumstances.

Back in September, the Chinese telecommunications giant and a leading smartphone manufacturer, Huawei Technologies Co Ltd. was banned by the White House. Yet, some sales were granted while others weren’t, but the US company had imposed further restrictions on the company  Huawei stocked on chips ahead of the ban to continue with its manufacturing even after the ban comes into effect.

Huawei suppliers have been notified about the next move by the Trump administration of revoking certain licenses regarding sales to the Chinese company and are likely to reject many other applications for further supplies to the telecommunications firm.

Donald Trump’s decisions amidst his end days in the US administration are all intended at protecting the U.S. national security and foreign policy interests against threats posed by Chinese firms.

Companies have been patiently waiting for the approval decision of their licensing for months, but the sudden step taken by Trump has left them amidst difficulties.

The companies that have been notified with the “intent to deny” have a total of 20 days in hand to respond while the Commerce Department will have 45 days to advise the firms regarding any change in any decision otherwise it will be considered final. Further, a total of 45 days the companies will then have to appeal.