Tesla changed its software to allow car occupants to play video games on the central touchscreen while driving, sparking concerns about driver distraction and safety. Video games could previously only be played while the vehicle was in park.

According to The New York Times, an over-the-air software upgrade was put out last summer that allowed some games to be launched regardless of whether the automobile was parked or not, posing severe safety issues. 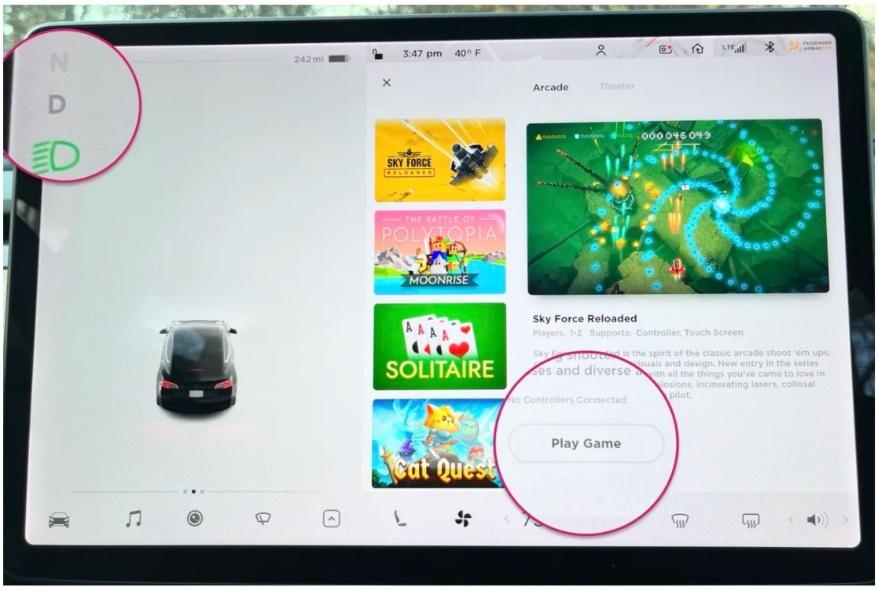 Sky Force Reloaded, Solitaire, and The Battle of Polytopia are playable on the central touchscreen while the Tesla Model 3 is in motion, according to The Verge. Before starting the game, the player is prompted to certify that they are not the driver, but this is rarely a deterrent. While driving, a motorist might easily press “I AM A PASSENGER” and play a complicated action game like Sky Force. 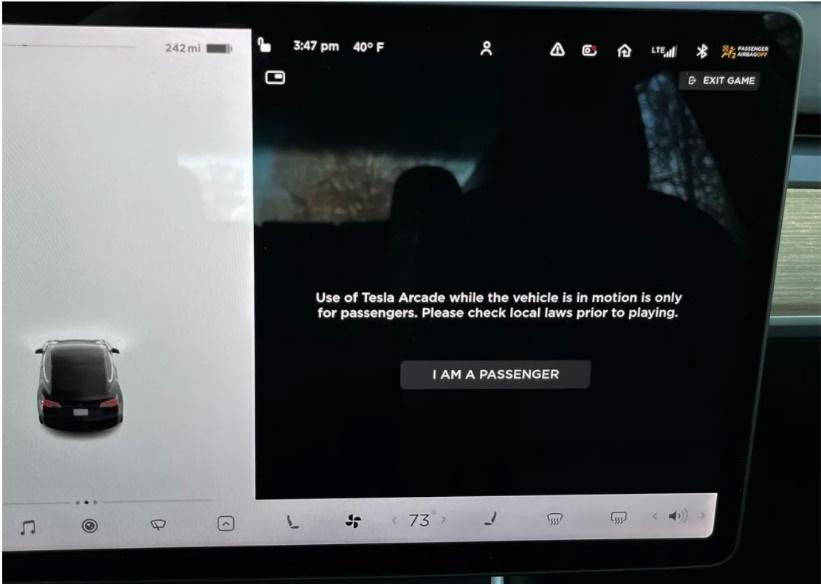 The sketching pad and the Karaoke mode in music — which also advises the driver not to participate — were both functional before the update. When he discovered that the games could be played while driving in his Model 3, a Model 3 owner told the New York Times that he had filed a complaint with the NHTSA. This isn’t the first time someone has complained about anything. Tesla has received 59 Model 3 complaints so far.

According to Reuters, the National Highway Traffic Safety Administration is “discussing” the problem of playable video games in moving vehicles with the corporation. “Distraction-related crashes are a worry,” the spokesperson told Reuters, “especially in automobiles equipped with an array of convenience technology such as entertainment screens.” “We are aware of driver concerns and are speaking with the manufacturer about the feature.”

Tesla has a history of breaking safety regulations and rejecting government recommendations for improvements. The firm offers a “Full Self-Driving” version of its Level 2 advanced driver assistance system, which does not render its vehicles autonomous and needs drivers to remain alert while in use.

The US government has rekindled its interest in Tesla, declaring recently that it was looking into occurrences involving Tesla cars operating on Autopilot colliding with parked emergency vehicles.

Tesla is also being questioned by the NHTSA regarding the growing public beta test of FSD, the recently launched “Safety Score” evaluation procedure for entry into the programme, and the nondisclosure agreements Tesla required participants to sign until recently.

As manufacturers continue to remove tactile buttons and knobs from their automobiles, touchscreens are soon becoming the norm. As a result, many automobiles are getting more unsafe. Drivers can become distracted and gaze away from the road for up to 40 seconds per task, according to a 2019 study.

Tesla has pioneered the use of over-the-air software updates in the auto industry, employing smartphone-style updates to bring features like greater driver assistance to its electric vehicles, as well as ridiculous Easter eggs like “James Bond mode.” Tesla Arcade is a collection of video games that the firm has released (we tried it out on a Model 3 back in 2019).

Tesla has begun utilising an internal camera to monitor drivers as part of its Full Self-Driving beta programme, which allows drivers to employ autonomous steering, lane-keeping, and adaptive cruise control on non-highway streets. However, the great majority of Tesla vehicles do not use cameras to monitor driver eye movements to guarantee that they remain focused on the road.