Former Netflix executive declared guilty by the US Dept Of Justice; charged for accepting bribes and kickbacks in business 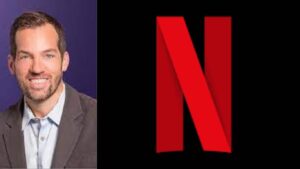 According to the US Department of Justice, a former Netflix executive was found guilty of accepting bribes and kickbacks from vendors doing business with the company.

A jury found Netflix’s vice president of information technology operations, Michael Kail, guilty of money laundering and wire and postal fraud from 2011 to 2014. Kail allegedly used his job at the company to “unlock a stream of cash and stock kickbacks” for himself, according to the DOJ.

Netflix sued Kail in 2014, alleging that he diverted payments from suppliers to his personal consulting firm. According to the DOJ, Kail took bribes totaling more than $500,000 from nine tech companies that provided Netflix with goods or services, as well as stock options.

The Verge brought forth details from the email it received that Kail’s attorney Julia Mezhinsky Jayne expressed disappointment with the verdict, which she described as “inexplicable and clearly unsupported by the actual facts and the law.”

They want to file an appeal. Kail was a “tremendous asset to Netflix” who “helped propel their growth as a cutting-edge technology business,” as per how Jayne portrays the situation.