On Tuesday, a Chinese space mining startup launched a robot prototype into low Earth orbit that can scoop up debris left behind by other spacecraft with a wide net.

Apparently the NEO-01, which will also peer into deep space to observe tiny celestial bodies, was launched on the government’s Long March 6 rocket along with a handful of satellites.

The 30kg robot built by Shenzhen-based Origin Space will pave the way for future technologies capable of mining asteroids. 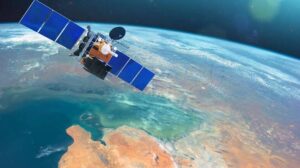 According to a study on the company’s website, unlike Astroscale’s technology utilising magnets to collect space garbage is not their approach but instead NEO-01 would use a net to trap debris and then burn it with its electric propulsion device.

Hundreds of thousands of satellites have been deployed around the world. Most become junk as they outlive their usefulness, posing a threat to other satellites in use.

To be able to achieve the commercial mining of asteroids as a first one do so potentially by the year 2045, the company’s founder Su Meng said in an interview that the company expects to launch hundreds of space telescopes and more spacecraft