July has officially ended, and after you double-check your UltraViolet account, it’s time to look over quarterly results from both Samsung and Apple to find out what is working (services) and what is not (high-end smartphones). Additionally, the new look for Android Auto is rolling out and users can pre-order a Switch Lite.

Now whenever a user is in Android Auto and following a route, the details are shown along the lower portion of a car’s display — no more launching Spotify and wondering if the user is about to miss a turn while choosing a playlist. This weird notification-style layout of the home screen is now gone. Instead, Android Auto’s home screen now resembles a tablet with all the apps in one place.

The UltraFine 5K Display by LG has made a come-back to Apple’s store after a months-long hiatus, with just one single notable modification. The upgraded version of the 27-inch monitor is compatible with the USB-C output from recent iPad Pros, making it a viable option if one needs a giant secondary screen for media previews or screen mirroring.

Apple, which can’t count on people splurging on costly new iPhones the way they used to, is shifting to target on its services business. It’s not tough to see why, either: in the last two quarters, iPhone sales have dropped significantly year-over-year while Apple’s service revenue continued to rise slowly. Not coincidentally, CEO Tim Cook revealed that its Apple Card would release in the US sometime in August.

So, what does Samsung do when the money isn’t rolling in quite like it used to? The electronics giant still showed an operating profit of $5.6 billion over the last three months, but that’s less than half of its haul over the same period in 2018.
Besides the upcoming Galaxy Fold and Galaxy Note 10, Samsung said it’s going to focus on midrange devices like its all-screen Galaxy A80. For larger screens, it’s looking to make 8K mainstream this fall.

From November 1st, WhatsApp will no longer support outdated Android and iOS devices 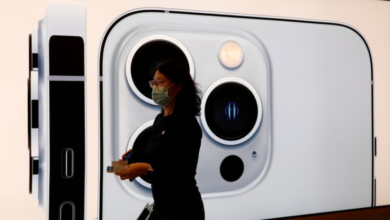