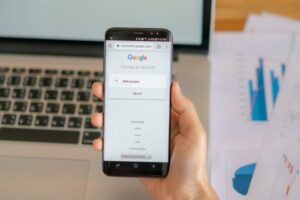 On Friday, the internet giant Google posed a threatful warning of blocking the Australians from utilising Google’s services unless the Australian government makes changes to the landmark legislation to make Google pay new outlets concerning their content.

Mel Silva, Google’s Managing Director, Australia, warned a Senate Committee in Canberra stating the world first media law to be “unworkable” and it is undermining the internet functioning.

As per Silva, “this provision in the code would set an untenable precedent for our bussiness and the digital economy.”

This is a major step taken after months of negotiations rendered futile over the drafting of this law.

What does this legislation say?

The legislation states that failure on part of Google and Facebook to mutually decide an agreed value within three months, they will have to then enter a mandatory arbitration with the media organisations. The next step would be for the arbiter to select an option amongst the two payment proposals, one put forward by the news outlet and the other by the tech firm.

Under the concerned law, the tech firms are also required to prior inform the news businesses in case of algorithm changes. They need to notify them with a two weeks’ notice about the algorithms that can have an impact on their content distribution. The notice should also include punitive clauses for restraining the firms from blocking content to prevent payment.

ABOUT US
TheDigitalHacker is a google news-approved website publishing breaking news and videos straight from the tech industry.
Contact us: [email protected]om
FOLLOW US
© Reserved 2020 | TheDigitalHacker | Recipes in Hindi | What Best in Canada