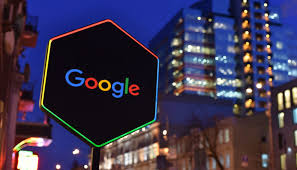 Google is developing a new search technology regarding Covid-19 vaccines across the globe. It had showcased the latest AI model with the name Multitask Unified Model (MUM) last month during Google I/O developer conference. The AI focuses on simplifying the use of search engine with respect to complicated queries alongside research involved tasks.

As per Google, the model is 1,000 times more powerful as compared to BERT, currently in use for almost all of the english queries directed on the platform.

Not only does the model comprehend information in a variety of formats, including text, photos, and videos, but it also generates data in various languages and formats. It can also perform multiple jobs at the same time.

The ultimate goal of MUM is for users to be able to ask a single smart question to get a comprehensive answer pieced together from numerous sources, rather than having to use multiple inquiries on different elements of the same activity, emulating conversing with a real subject matter expert.

However, Nayak urged that there is no intention of providing unattributed direct answers to complicated issues. It’s critical to direct its own base of consumers to online resources that provide an in-depth examination of the subject so that they may determine for themselves how they want to address their concerns.

While the model is still in development, Google released its first public version on Tuesday.

“As we launched this, we needed to know what queries we should trigger this special vaccine experience on, since we wanted to show them on queries that refer to the Covid vaccine in several ways” said Nayak.

Vaccines that are widely used, such as those from AstraZeneca, Moderna, and Pfizer, have different names over the world, so it’s critical to correctly identify the vaccination names in order to deliver the most up-to-date, accurate information about the vaccine, he explained “But identifying the different ways people refer to the vaccines all over the world is hugely time-intensive, taking hundreds of human hours.”

Last year, at the start of the pandemic, Google had a similar challenge as it tried to understand out how people were reacting to Covid19.

Last year, at the start of the pandemic, Google had to figure out all the many ways people were connected to Covid19 in order to enable the customised search experience. With a limited initial sample of official vaccination names, they claimed MUM could discover more than 800 vaccine name variants in more than 50 languages in seconds.

“Over the next few months, we’re going to see a whole series of such launches where MUM is used to improve different aspects of Google Search,” Nayak said.

Last month, Nayak had stated in an official blog post that Google would carefully test these applications, particularly looking for patterns that could introduce distortion into its systems.