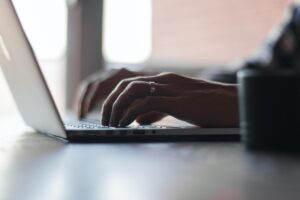 The Government of India has launched a Regulatory Compliance Portal, in an attempt to lessen the burden upon the citizens for regulatory compliances. The portal is a central online repository, above all other central and state level compliances.

As per the Department for Promotion of Industry and Internal Trade, the portal will keep account of the action plans aimed at rationalizing and simplifying processes by making compliances hassle-free, decriminalize laws and repeal redundant Acts structured by the centre and various states.

“The objective of this portal is to act as a bridge between citizens, industries and the government to minimize burdensome compliances. It will also act as a first-of-its-kind central online repository of all Central and State-level compliances,” said DPIT.

Recommendations by Industry stakeholders such as that of CII, FICCI and ASSOCHAM would be highly welcomed and will be carefully assessed by the government authorities before arriving at any decision to act on it to deduct compliance burden.

The Cabinet Secretary will possess a real-time comprehensive view of every compliance and status of the registered requests initiated at central and state levels.

World Bank’s Doing Business report 2020 states that in India, companies require 1,445 days on an average to settle commercial disputes via a local first instance court. This implies that the process is three times slower than that of other nations with high-income economies.

“Making Government to Business and Government to Citizen interfaces online, transparent and time-bound are among the key priorities of the government of India,” said the department. “A systematic exercise across Central Ministries/Departments and States/UTs is being undertaken by DPIIT to eliminate/reduce compliances which have an adverse. Impact on time and cost of businesses“, it added.

DPIIT had conducted 21 training sessions between January 4 to January 14 for the ministries and states to introduce them to the app and its mechanisms.