TheDigitalHacker
HomeUpdateIn the russia-ukraine war telegram was used against a hacktivist group.
Update

In the russia-ukraine war telegram was used against a hacktivist group.

As the Russia-Ukraine war enters its eighth day, cyber criminals and hacktivist groups are increasingly embracing the Telegram chat service for their activities.

“User volume rose a hundredfold daily on Telegram linked groups, reaching at 200,000 per group,” according to a new study by Israeli cybersecurity firm CheckPoint Research.

Anti-Russian cyber attack groups, such as the Ukraine government-backed IT Army, which has urged its more than 270,000 members to perform distributed denial-of-service (DDoS) operations against Russian entities, are prominent among the groups.

Anna_ and Mark_ are two more hacktivist-oriented Telegram groups that were used to coordinate assaults on Russian targets using DDoS, SMS, or call-based attacks, according to Check Point researchers.

However, it’s possible that there’s more to these strikes than meets the eye. “It appears that many hacktivist groups are more concerned with establishing their own brand and earning credit for supporting Ukraine or Russia than with causing real harm to the governments,” the researchers concluded. 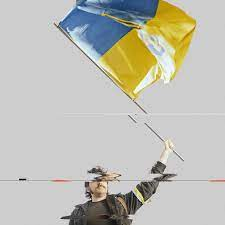 Furthermore, cyber criminals are attempting to profit from the war by forming Telegram groups with tens of thousands of members with the goal of “raising donations for Ukraine” and broadcasting false news items in an attempt to bypass mainstream media.

Telegram, for its part, said it may consider limiting particular channels in part or whole to prevent hostile actors from exploiting the network to “intensify confrontations.”

The messaging software, which has over 500 million users, has already been used for illegal operations. More than 10,000 vendors were discovered selling counterfeit COVID-19 immunisation certificates for over 25 countries for anywhere between $85 and $200 in September 2021, with some Telegram groups reaching 300,000 followers.