TheDigitalHacker
HomeUpdateIncrease in the US employment scenario but these other factors are not...
Update

In February, U.S. hiring increased although wage growth slowed, indicating a healthy job market that will likely keep the Federal Reserve on track to hike rates this month while providing some relief from high inflationary pressures. 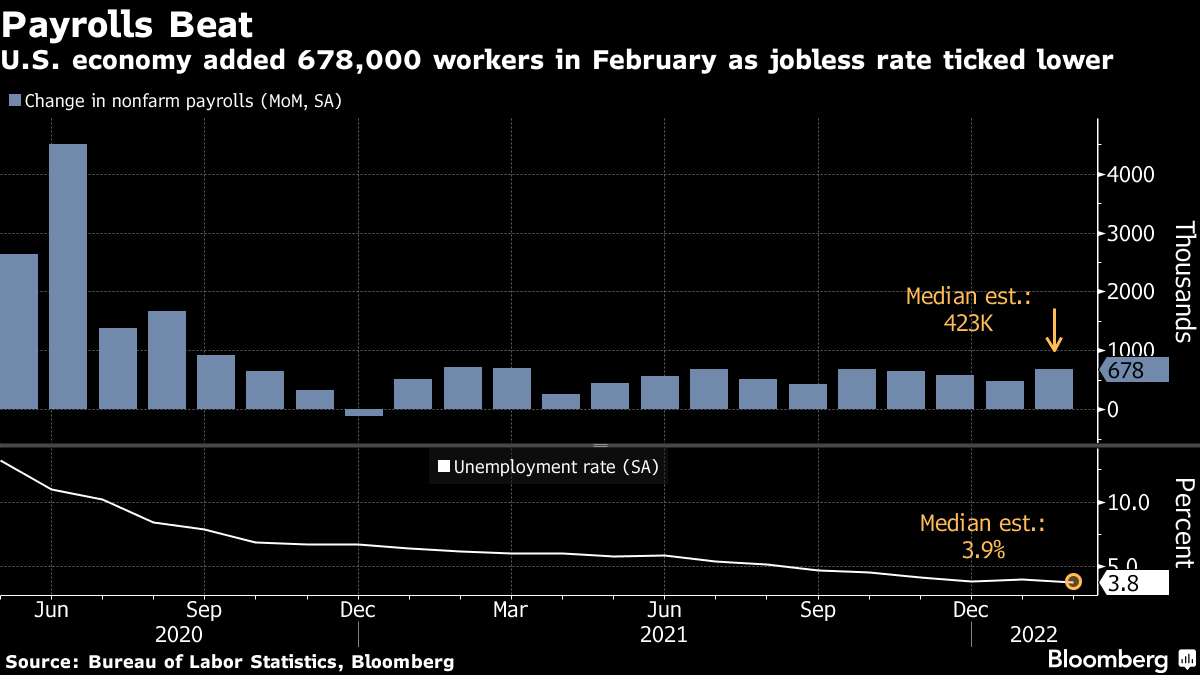 After upward adjustments in the previous two months, nonfarm payrolls grew by 678,000 last month, the largest since July, according to a Labor Department data released Friday. The growth was widespread and cross-sectoral. The unemployment rate fell to 3.8 percent, and average hourly wages were unchanged from the previous month.

Research shows that the median forecast was for a 423,000 increase in payrolls and a 3.9 percent unemployment rate.

Labor demand is expected to continue to outstrip supply, slowing job growth and placing upward wage pressure on workers. According to Friday’s statistics, average hourly wages were unchanged in February and up 5.1 percent from a year earlier, a slowdown from the previous month.

Despite the fact that wage growth trailed projections, the Fed’s intention to hike rates this month is supported by solid hiring and a reduced jobless rate. Following Russia’s invasion of Ukraine, which has caused a spike in oil, metals, and grain prices and clouded the US economic picture, Chair Jerome Powell confirmed that approach this week. He believes a 25-basis-point hike should be the first of a series of hikes this year.