A set of Indian engineers have developed an app that detects apps made in china and given a very simple UI to remove them.

How to use Remove China Apps?

2. Open the Apps after installation

3. Give permission to install unknown apps

5. Click on bin icon in the right to remove the specific app 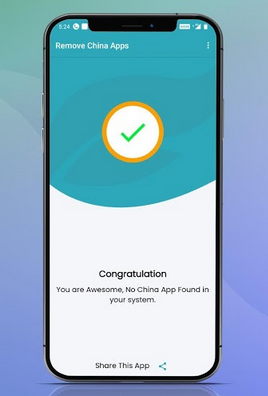 More than 58,000 tweets have been made with the hashtag #BoycottMadeInChina. A good percentage of users have been sharing the screenshot of having no china apps on their phones and considered to go in trending.

Why apps made in china aren’t trusted?

Unlike youtube apps which allows any critic videos, Apps like TikTok doesn’t give any reach to anti TikTok videos. It’s called censoring and china has been famous for that.

2. Government of china can access any information about users 24×7

The government of China has regulations with every private, public firm, and access to their centralized database. The government can search, filter, or aggregate data on mass scale which makes it a national issue. US Government has banned any TikTok usage in government authority and in their family for the same reason.

A set of engineers from Jaipur, India with a group named onetouchapplabs has developed this app.

TheDigitalHacker has mailed the team to ask questions but has have not received any mail.