“Let’s stand against fascism together”: Turkey launches anti-probe investigation into WhatsApp after the recent amendments by the app in it’s user privacy rules 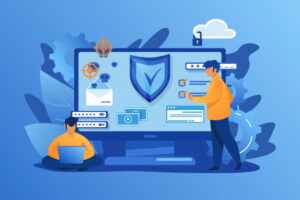 The recently made amendments in the policies of the Facebook administered messaging service platform, WhatsApp, raised enormous concern for its users. Following this, Turkey’s antitrust board launched an investigation into Whatsapp.

WhatsApp via its in-app notification had started alerting users about the changes in its privacy terms that shall come into effect from February 8. WhatsApp states that it uses Facebook’s global infrastructure and data centres to store user data. In some cases, as it says, data might be transferred to other affiliate companies of Facebook because of the importance of such data for the “global services set forth” in their terms.

“WhatsApp Inc and WhatsApp LLC companies will be known as Facebook after the new agreement and this will allow Facebook to collect more data. The board will investigate whether this violates Turkish competition law,” a statement by the board.

Turkey has a history of acting against social-media platforms in ways that activists say is meant to stifle dissent. This time it has resulted in a suspension of the new data collection policy approached by WhatsApp. The anti probe investigation launched by the competition board’s focus would apparently be on how far these two social media platforms, WhatsApp and its parent company, Facebook Inc., have acted against Article 6 of Turkey’s competition law that restricts companies from “abusing their dominant positions.”

Turkey’s President, Recep Tayyip Erdogan’s office alongside the Defense Ministry jointly declared that they were ceasing WhatsApp to interact with the journalists and as an alternative to this, asked them to install BiP which is a Turkish messaging app developed by Turkcell. “Let’s stand against digital fascism together,” head of the Turkish Presidential Digital Transformation Office, Ali Tha Koc said via Twitter on Jan 10, encouraging people to download BiP.