TheDigitalHacker
HomeUpdateLook out for these malicious messages passed on Whatsapp
Update

Look out for these malicious messages passed on Whatsapp

WhatsApp continues to improve its security and safety, but it is also the responsibility of users to be attentive.

A group of cybercriminals has devised a new method of defrauding WhatsApp users.

The con begins with a casual greeting such as “Hello Mum” or “Hello Dad.” Cybercriminals in the United Kingdom are sending these kind of messages to people who use WhatsApp, followed by an SOS to transfer money right away because your son or daughter needs it.

In the span of a few months, a hoax SMS campaign has cost unsuspecting victims about £50,000, according to Express UK. After being duped into believing they had received a message from their kid pleading for assistance, one person paid over £3,000 to scammers.

The recently disseminated WhatsApp messages begin with “Hello Mum” or “Hello Dad,” followed by a request for money to be sent over immediately. 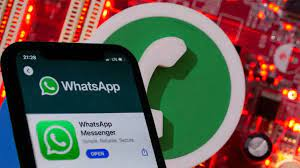 This is not exclusive to the United Kingdom; these kinds of cyber frauds are growing more common in India as well.

Scammers in this area prefer to use Messenger to deceive people.

They will appear as a recognised person in your chat box right away. It could be your brother, sister, cousin, pals, or relatives, and they will beg for financial assistance right now. People tend to transfer money fast because they believe it is genuine, and as a result, they lose their hard-earned money in a matter of seconds.

As a result, readers and users of WhatsApp and Messenger should remain vigilant and double-check with their real son or daughter or anyone else they know if they really need the money or if they are being duped into falling into a trap.