28/04/2021
Twitter
WhatsApp
ReddIt
Linkedin
We independently research, test, review, and recommend the best products—learn more about our process. If you buy something through our links, we may earn a commission. learn more

Google, the most popular search engine on the planet, has got country-specific domains dominating almost every country. A person recently purchased Google Argentina’s domain name on Wednesday. The website was down in the country for two hours last night.

Nicolas Kurona, a 30-year-old web designer, made the historic deal. Kurona posted a photo of the purchase to his Twitter account, prompting a barrage of responses from the Twitterati.

It isn’t an everyday thing to claim Google’s web domain. Kurona stated that the domain – Google.com.ar – was acquired via a regular, legal process.

Kurona, who was designing a website for a client on the outskirts of Buenos Aires on Wednesday night, found out about it through some messages on his WhatsApp. 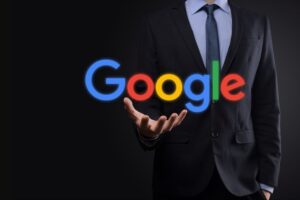 In an interview with BBC, he said, “I entered www.google.com.ar into my browser and it didn’t work.” “I thought something odd was going on.”

He searched the Network Information Center Argentina for the website’s domain (NIC). The National Internet Corporation (NIC) is in charge of all.ar country code domains for Argentina.

He said, “I was stuck,” referring to his inability to complete the transaction. He typed www.google.com.ar into his browser’s search bar to verify its legitimacy. He explained, “My personal data appeared.”

“For a short time, the domain was acquired by someone else,” Google Argentina reported to BBC. It did claim, however, that it quickly regained control of the domain.

Kurona reported that the NIC had taken the domain name away from him soon after. However, neither the NIC nor Google have returned his 270 pesos.

It’s also unclear what caused this to happen. One theory is that Google’s domain name has expired, but the company has denied this and has other outlets to back it up. Whatever may be the concern, but the news definitely made some news on Twitter.