MapmyIndia and ISRO’s new alliance all set to takeover these two Google services for a step ahead towards ‘Atmanirbhar Bharat’. 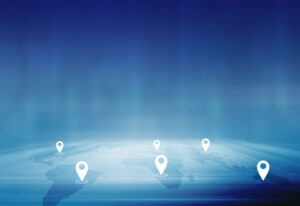 Indian Space Research Organisation has joined hands with MapmyIndia to provide the best and fully indigneous, geospatial services and mapping portal in India.

The platform binds MapmyIndia’s digital maps with that of the satellite imagery catalogue by ISRO and it’s earth observation data.

It shall prove itself to be a path-breaking alliance eventually, by promoting the future of an ‘Atmanirbhar Bharat’. The alliance will help Indians to not rely on foreign organisations for navigation, maps and geospatial services and refer to Made-In-India solutions in its place.

“You don’t need Google Maps/Earth any longer”, Rohan Verma, the CEO and Executive Director at MapmyIndia, said in an article.

It was on Thursday that the Department of Space signed an MOU with CE Info Systems Pvt Ltd MapmyIndia.

“MapmyIndia, being a responsible, local, Indian company, ensures that its maps reflect the true sovereignty of the country, depicting India’s borders as per Government of India, and hosts its maps in India,” said Verma.

Verma also put his emphasis on the hidden guests behind the foreign services instead, “For example, foreign search engines and companies claim to offer ‘free’ maps, but in reality they make money by targeting the same users with advertising based on invading user privacy and auctioning those users private location and movement data.”

He added, “On the other hand, MapmyIndia has an ethical point of view against advertising-led business models of such companies, and hence does not have an advertising business model. By using MapmyIndia maps and applications instead of the foreign map apps, users can better protect their privacy, ”

The “sustainable and direct, clean business model” assures the citizens of the MapmyIndia maps and also the apps being free of cost and ad-free.

“MapmyIndias maps cover all 7.5 lakh villages, 7500+ cities at street and building-level, connected by all 63 lakh kilometers of road network pan India and within cities, in total providing maps for an unparalleled 3+ crore places across India,” the company statement said.