Bloomberg News announced that Microsoft Corp is in talks to buy messaging app Discord Inc for more than $10 billion, citing sources familiar with the matter. 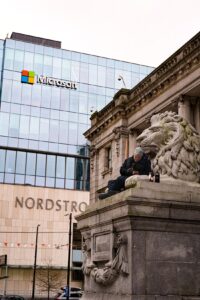 According to the report, Discord has approached potential buyers, including Microsoft, and one of them is more likely to go public than sell itself, according to people familiar with the situation.

According to VentureBeat, Discord was negotiating a sale earlier in the day and was in final talks with a faction.

Microsoft and Discord were contacted for comment by Reuters, but neither company replied.

People remained at home and switched to video games for entertainment during the Covid-19 pandemic, which improved the fortunes of gaming firms.

Roblox, a popular video game company based in the United States, made a strong market debut earlier this month after opting for a direct listing rather than a conventional IPO.