Keeping personal information safe seems to be a difficult task now. Hearing about it in the news, how anyone can get access to your personal data using some unfair means. And how  these big earned companies claim to keep them safe.

The Headquarters of (MIDC) Maharashtra Industrial Development Communication was hacked on tuesday, on 31st March. They threatened to leak the data and demanded an amount of 500 crores. They made this demand by sending an email at MIDC’s official mail ID, according to the sources.

The ransomwares known as ‘SYNAK’ posed the company’s database and other applications held at MIDC’S headquarters in Mumbai and encrypted the data.

Soon after the systems were hacked, all the 16 regional offices of MIDC were completely closed. It was also being said that the hackers threatened to erase and destroy the server if the demand of ransom was not given to them. 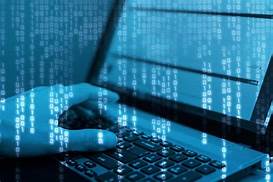 The entire work of the company is on a pause since Monday. As it contained complete information of industrial estates, government elements and various schemes related to MIDC is available on the online system.

The hackers attached a ransom note containing the details of the crime and the steps needed to be taken to approach them for decryption of information.

All the officials at MIDC were advised to not to use the computers as after starting the computers a virus was seen in it. So there is a huge possibility that it could cost the data. The investigation is going on and cybercrime security police are also looking into the matter.

A statement issued by the MIDC read, “On Sunday, March 21, at around 2:30 AM, we received automated alerts that our applications were down. On further analysis during the day, the ransomware attack was confirmed. MIDC’s applications are hosted on ESDS cloud (services managed by ESDS, Cloud Service Provider) and local servers (managed by MIDC internal team). We have Trend Micro antivirus license for end-point security monitoring. The details of the ransomware were shared with Trend Micro for further analysis.”

“As an immediate measure, the MIDC systems were disconnected from the network to contain the spread of the virus. The backup files for different application servers were stored on a different network segment on Cloud DC and were not infected. As per the recommendations from Cyber Security experts, several steps are being taken to control the spread of virus and minimize the impact,” the statement further concluded.