According to government sources, privacy provisions that make it more difficult for the media to identify people under criminal investigation may be repealed as part of ministers’ proposals to update the Human Rights Act.

The assertion comes after media outlets expressed concerns about this week’s momentous Bloomberg v ZXC supreme court verdict. Because he had a legitimate expectation of privacy, the judges determined that Bloomberg News was wrong to name a businessman facing a criminal investigation connected to his job activities.

The decision makes it more difficult for the media to publish that someone is being investigated for a crime even if they haven’t been charged.

The verdict means Britain is “stumbling toward a system in which tabloids can still peep into celebrities’ bedrooms but professional journalists cannot report on probable misconduct at public businesses by prominent people,” according to John Micklethwait, the editor-in-chief of Bloomberg News. 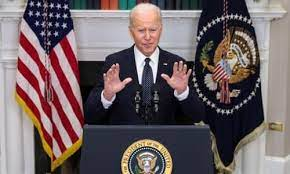 “The courts have now supplied the powerful with a method to keep their names out of print for years,” he said, adding that the judgment will benefit those able to afford massive legal expenses rather than regular members of the public. This right to privacy is only available to those who can afford it; oddly enough, those who have the most to conceal often have the most to hide.”

According to Ministry of Justice sources, a consultation on replacing the present Human Rights Act is now underway. The current law is based on the European Convention on Human Rights, which was introduced by Tony Blair’s Labor government in 2000. As part of their post-Brexit policy, ministers seek to replace it with a new British Bill of Rights, which has been met with opposition.