Telecommunication equipment provider company, Nokia has received a $14.1 million grant from NASA. It would be used to set up the first wireless network on the Moon, as part of NASA’s plans to establish human civilization there. NASA has spent a lot on Nokia-owned Bell Company. This American research company has been tasked with building a 4G-LTE network on the moon.

Enhanced data transmission would be helpful for astronauts in controlling their lunar vehicles, navigate lunar geography, and stream videos. According to Bell Labs, the ultimate aim of their mission is to demonstrate whether human habitation would be possible on the moon.

They said that the initial 4G setup would later be upgraded to 5G later. They are working with Intuitive Machines, a spaceflight engineering company, to complete the project. The network would adapt to the unique climate conditions, can withstand high temperature, radiation, and even landing and rocket launches, which vibrates the moon’s surface.

This network would use cells significantly smaller than the ones used on Earth. Though they would provide a shorter range, the power consumption would be low too. Neither of the companies, NASA, nor Bell  Labs has declared a timeline for the project.

This investment by NASA is part of it’s “Tipping Point” scheme, which funds for all the projects related to the development of lunar technology under it’s ‘Artemis’ program. NASA aims to send the first woman and next man to the moon in 2024, have a lunar base on the moon by 2028, and establish a sustainable presence there by 2030. This is the fifth and the highest funding by NASA for the ‘Tipping Point’ scheme. NASA has donated over $370 million to 14 US companies across 9 states.

Companies must contribute a portion of the total project costing to help with the forthcoming steps and funding required in the project. Combining NASA  resources along with industry contributions would help proceed “with the development of critical space technologies while saving the agency and US taxpayers money.”

NASA has already invested $106 million for the research and development of “lunar surface innovation initiative technology” to let humans and robots explore the moon surface further. A fast wireless charging system, a chemical heat, and an electrical power source that can survive extreme temperatures and Nokia’s 4G network are part of this development.

NASA’s investment of $256 million helped in the development of proper and efficient ways of handling cryogenic fluids, to help in the transportation, storage, and handling of liquified gases at sub-zero temperatures. These would be very helpful and necessary if humans were to establish settlements on the moon and later enable manned missions to Mars. A donation of $53 million toward’s Elon Musk’s SpaceX venture was to allow further study and tests in the field.

The administrator of the space agency, Jim Bridenstine, says “Together, NASA and industry are developing a series of mission-ready capabilities to support a sustainable presence on the Moon and future human missions to Mars.”

Tuhin is a cybersecurity, Technology Enthusiast, and an avid reader. He loves finding loopholes in the existing public websites, applications, and software systems that can affect the general flow of the internet. 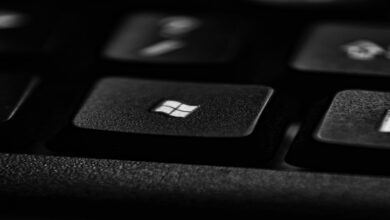