How many times have you tried to plug in a USB cable only to discover that it was upside down! Intel, in 1996, released a USB (Universal Serial Bus) 1.0, and we all have been annoyed ever since. Internet users have also been griping about the USB, and its annoying difficulty to plug in right. Many memes have also been created about commonly shared experiences.

The National Public Radio spoke with the engineer, Ajay Bhatt, who led the team in creating a frustrating, non-reversible USB plug. The engineer led the team at Intel that created the USB- a near-ubiquitous connection interface that allows users to connect printers, iPods, mice, thumb drives, and many such devices into a PC. The inventor realized that the invention has led to frustration.

“The biggest annoyance is reversibility,” said Bhatt, according to the NPR report. He also justifies that specific reason behind USB’s lack of reversibility. According to the inventor, a USB that could plug in correctly both ways would have required more wires and circuits, which, obviously, would have doubled the cost. Even after admitting to the audience’s annoyance, Bhatt stood by his design.

The Intel team, led by Bhatt, opted for a rectangular design, and a 50-50 chance to plug it in correctly, versus a round shaped connector that would less error. “In hindsight, based on all the experiences that we all had, of course, it was not as easy as it should be,” shared Bhatt.

But the prolonged issue took a backseat and got resolved by a new USB cable connection, the Type-C, which can be plugged in either way round. The new design also allowed transfer speeds of up to 10Gbps, twice the amount granted earlier. 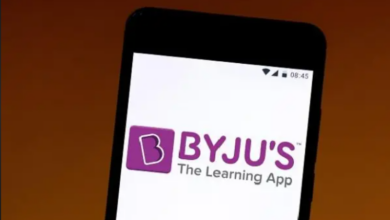 Amazon is on the lookout for a digital currency leader, but Bitcoin orders are still a long way off

Hackers prey on IT firms, their clients, and their workers while working from home