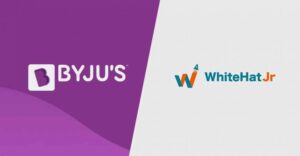 In the most recent development of the legal conflict going on between Pradeep Poonia and edtech firm WhiteHat Jr has come to a hault as a result of the edtech company having withdrawn its defamation case against Poonia.

The company has agreed to drop the $2.6 million defamation suit after the BYJU-owned firm sent a legal notice to Poonia accusing him of using his Twitter handle WhiteHatSnr for “Infringement of Licensed and Unregistered Trademarks.”

All of this began when Poonia’s criticism of WhiteHat Jr. was reported as defamatory remarks, on social media and in news stories, prompting the filing of the lawsuit. The defendant (Poonia) began his defamation spree in early September with his comments on WhiteHat Jr’s ads about a fictional character named “Wolf Gupta,” a teen superficially presented and promoted by the in-house marketing team of WhiteHat Jr. as someone who seemingly landed a job at Google at a very young age after taking up the online coding class, according to the notice.

The Initial phase of the conflict 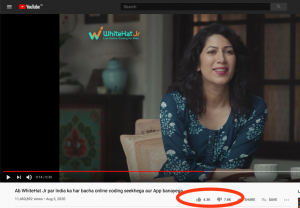 Poonia was also accused of launching a “systematic and extremely defamatory attack” against the firm, including “blatantly unlawful actions and then making wild and false claims against the Plaintiffs,” according to the notice.

Poonia was also accused of patent infringement, handing off and dilution of trademarks, copyright infringement, and torts of causing breach of contract by WhiteHat Jr, who was represented by Fidus Law Chambers. Poonia had violated the Trade Marks Act of 1999, the Copyright Act of 1957, and the Code of Civil Procedure of 1908, according to the defamation notice obtained by Inc42.

Aside from that, the software developer was accused of mischief and violation of the company’s and its employees’ privacy.

Poonia was barred from uploading any curriculum from WhiteHat Jr and distributing it to third parties by the Delhi high court in an interim ruling issued just two days after the notice was issued. He was also forbidden from commenting on the number or standard of WhiteHat Jr teachers, as well as on their educational or other professional histories.

It wasn’t just Pradeep Poonia who was beibg targeted with the lawful actions that WhiteHat Jr. was capable of approaching but Poonia was a medium to scare every other common man who would have had realised his Right to Speech by critically reviewing WhiteHat Jr. amongst other people and through social media platforms. WhiteHat Jr. was being held responsible for deletion of comments and remarks that were negative to its way of working in the edtech industry.

Earlier, the high court had ordered that the relevant URLs associated with Poonia’s YouTube username, Pradeep Poonia 3.0, be removed.

Since then, the case has been pending in the Delhi high court, with the most recent hearing scheduled for April 9, 2021.

Apart from Poonia, WhiteHat Jr had also filed a defamation suit for $1.9 million against angel investor Aniruddha Malpani, who had previously been barred from LinkedIn for criticising BYJU’S. Malpani was also charged with violating the Trade Marks Act of 1999 as well as the Code of Civil Procedure of 1908.