Proving “I am not a robot” Gets Harder Day by Day

Google’s constant request to prove “I am not a robot” seems to be getting aggre4ssive day by day -by selecting all the traffic lights, crosswalks, and storefronts in an image grid and the list goes on and we are all aware of it. It was also noticed that the pictures that we were supposed to select became difficult to spot, for example, few of the traffic lights presented to the user were often buried in distant foliage, the crosswalks warped and a half around a corner. Being asked to locate a fire hydrant and failing is a particularly demoralising experience. 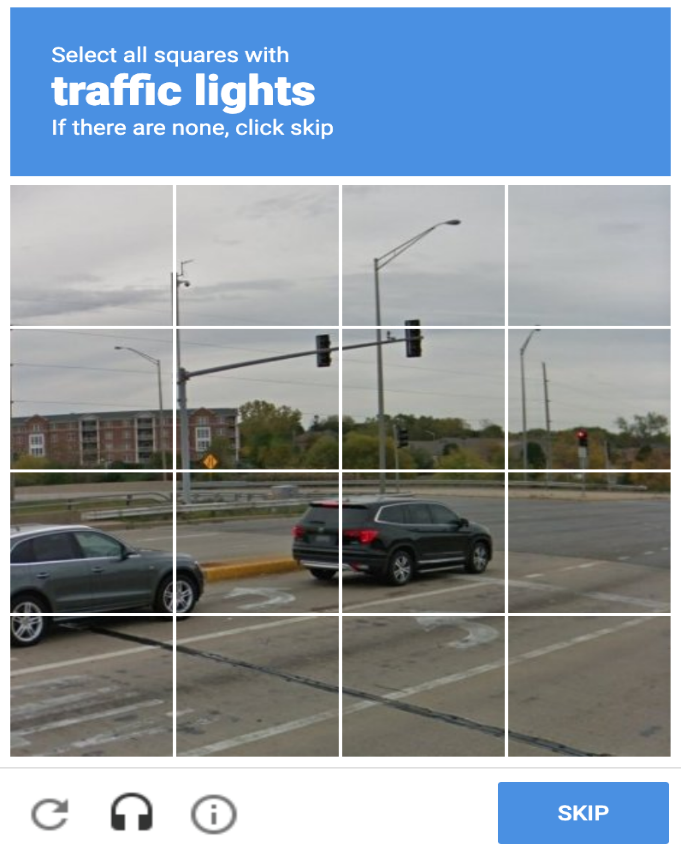 Such test are known as Completely Automated Public Turing test to tell Computers and Humans Apart, or as some people might know it as CAPTCHA. Simple text pictures were sufficient to fool most spambots in the early 2000s. However, after Google purchased the programme from Carnegie Mellon researchers and began using it to digitise Google Books a decade later, texts had to be increasingly warped and obscured in order to keep up with improving optical character recognition programmes — programmes that, in a roundabout way, all those humans solving CAPTCHAs were helping to improve.

This CAPTCHA is an elegant technique for training AI that any given test could only be temporary, as its creators recognised and pointed this out from the start. With all these researchers, con artists, and ordinary people tackling billions of challenges on the edge of what an AI can do, the machines were certain to pass us by at some time. Google tested one of its machine learning algorithms against people in 2014 to solve the most distorted text CAPTCHAs: the computer got the test right 99.8% of the time, while humans only got 33% to everyone’s surprise. Google subsequently switched to NoCaptcha ReCaptcha, which analyses user data and behaviour to let certain humans through with a click of the “I’m not a robot” button, while others are presented with the image labelling we see today. Machines, on the other hand, are catching up once more. All this development often forces us to ask a question are we at the final stage in humanity’s battle with machines.

A computer science professor at the University of Illinois at Chicago, named Jason Polakis, takes credits personally for the recent difficulty in the CAPTCHA tasts. He published a paper in 2016 detailing how he solved Google’s image CAPTCHAs with 70% accuracy using off-the-shelf image recognition tools, including Google’s own reverse image search. Other researchers have used Google’s own audio recognition technologies to crack the audio CAPTCHA difficulties.

The issue with many of these tests isn’t that the bots are too smart; it’s that humans are terrible at them. It’s not that humans are stupid; it’s that they have such a wide range of languages, cultures, and experiences. When you remove all of that to create a test that any human can pass without any prior training or thought, you’re left with simple jobs like image processing, which is exactly what a custom-made AI will excel at.

Ulka
Ulka is a tech enthusiast and business politics, columnist at TheDigitalhacker. She writer about Geo Politics, Business Politics and Country Economics in general.