Puma, a German MNC  that specialises in manufacturing sportswear was attacked by cybercriminals that stole data of the company by gaining unauthorised access in the company’s system.

The hacker’s have threatened the company

The hacker’s have threatened the company to publish the stolen data on dark web if they don’t agree to pay the demanded ransom. For proof the threat actors have uploaded an illustration of the stolen files on their site, which also provides an idea that the data might have been stolen from a git source code storage. 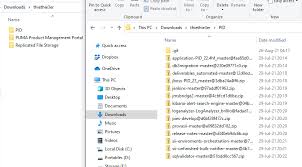 Marketo gang claims to have 1 GB of Puma’s data, though Puma says that only source code of an internal application has been stolen and that the customer or employee data has not leaked.

Marketo gang doesn’t consider itself as a ransomware group but instead obtains data from other such groups and then lists those companies on their site. After listing companies they threaten to either publish their files against a ransom or sell those stolen files to the highest bidder.

According to ‘The Record’, the German company was listed on the gang’s site at the end of August and since then 157 bids and counting has been made by various other malicious actors.