According to a review of data gathered from more than 200,000 network-connected infusion pumps used in hospitals and healthcare organisations, 75% of those medical equipment had security flaws that could expose them to possible exploitation.

In a paper released Wednesday, Unit 42 security researcher Aveek Das stated, “These failings included exposure to one or more of some 40 known cybersecurity vulnerabilities and/or alerts that they had one or more of some 70 other sorts of known security shortcomings for IoT devices.”

Successful exploitation of the aforementioned vulnerabilities could result in the disclosure of sensitive patient data and allow an attacker to gain unauthorised access to devices, necessitating the need for health systems to be safeguarded against threats in advance. 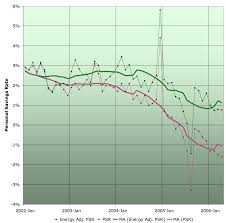 Last year, McAfee revealed security flaws in B. Braun’s Infusomat Space Large Volume Pump and SpaceStation, which could be exploited by malicious parties to tamper with medication doses without prior authorization.

The revelation “highlights the necessity for the healthcare industry to redouble efforts to protect against known vulnerabilities, while adhering to best practises for infusion pumps and hospital networks,” according to Das.