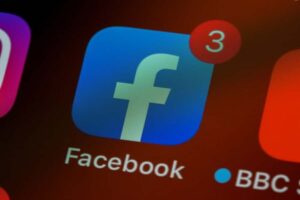 Since Facebook’s tools can disproportionately target advertising to a specific gender “beyond what can be legally justified,” university researchers said in a study published on Friday that users might not be learning about jobs for which they are eligible.

According to the report by University of Southern California researchers, Instacart has mostly female drivers and Domino’s has mostly male drivers.

In comparison, the Domino’s delivery work ads were seen to about the same proportion of women as the Instacart ad on Microsoft Corp.’s LinkedIn.

The study concluded that “Facebook’s ad distribution will result in a skew of work ad delivery by gender beyond what can be legally explained by potential discrepancies in qualifications.” The discovery supports the claim that Facebook’s algorithms could be in violation of anti-discrimination laws in the United States, according to the study.

In the wake of litigation and regulatory investigations into ad targeting discrimination, Facebook has tightened controls to prevent clients from blocking such groups from seeing work, housing, and other advertising.