TheDigitalHacker
HomeNewsSupreme Court comes forth in favour of Tata Sons Group with its...
News

The Supreme Court upheld Tata Sons’ decision to oust Cyrus Mistry from his role as chairman of the salt-to-software conglomerate on Friday.

The court handed down its decision on Tata Sons and Cyrus Investments’ cross appeals against the National Company Law Appellate Tribunal (NCLAT) order reinstating Mistry as executive chairman of the over $100 billion conglomerate.

The court also turned down the Shapoorji Pallonji (SP) group’s request for fair compensation for their Tata Sons equity shares.

It stated that the value of SP group shares would be determined by the valuation of Tata Sons’ equities, and that the SC will not determine what a reasonable value should be.

The verdict was delivered by a bench led by Chief Justice S A Bobde. The bench, which also included justices A S Bopanna and V Ramasubramanian, had reserved its judgement in the case on December 17 of last year. 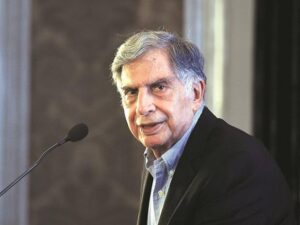 “I appreciate and am grateful for the judgement passed by the honourable Supreme Court today. It is not an issue if winning or loosing. After relentless attacks on my integrity and the ethical conduct of the group, the judgement upholding all the appeals of Tata Sons is a validation of the values and ethics that have always been the guiding principles of the group. It reinforces the fairness and justice displayed by our judiciary.”

On December 17, SP Group told the Supreme Court that Mistry’s removal as chairman of Tata Sons in a board meeting held in October 2016 was analogous to a “blood sport” and “ambush,” and that the procedure was in total breach of corporate governance standards and pervasive violations of the Articles of Association.

Tata Group, on the other hand, has denied the allegations and confirmed that no wrongdoing has occurred and that the board had every right to dismiss Mistry as chairman.

On January 10 of last year, the Supreme Court granted Tata Group relief by staying the NCLAT order of December 18, 2019, which reinstated Mistry as executive chairman.