Becoming the next tech successful entrepreneur isn’t an easy job and people like Steve Jobs and Bill gates have done the impossible job in the industry which can be analyzed and understand the challenges than just fantasizing the success in mind.

Unfortunately not every moment and issue they faced is documented, but the interesting thing is most of the important ones are which talks about tough decision making, financial management, saving the sheep.

We are listing some of the best resources available in the form of books that any current or a wanna become an entrepreneur can look to understand the strategy and stop before committing the same mistakes.

Note: Most of the books listed here are available in eBoook, Kindle and audio format. We will also give the associated link that will help you in getting the book faster that doing searched on amazon.

#1 Elon Musk: How the Billionaire CEO of SpaceX and Tesla is Shaping our Future

Elon Musk is the founder of the most luxury car company in the US (Tesla), and space and satellite development company SpaceX which helps NASA launch satellites and payloads in the space stations.

The founder Elon musk a person, unlike any other businessman who believes in technology and truly solving problems for humans than cashing the industry for commercials.

From starting ZIP2(very similar to google maps but way before google maps), starting Paypal, getting kicked out and then starting SpaceX, Tesla. Knowing the whole journey is an amazing experience and sparks the action to do something better for society than being a small part in the system.

Apart from being a great entrepreneur/business magnet, Elon talks openly in public and twitter, shares memes and did meme review with famous YouTuber PewDiePie.

Let be an iPhone, iMac or the Macbook pro. The experience Steve Jobs has given to world is an amazing gradient of design, technology and experience. In Fact, I am writing this article on a Macbook pro, which I absolutely love.

But the other side of apple was a Steve who a Charismatic man who believed in spirituality, was full of anger and behaved bluntly to their employees and co-workers to explain things they considered impossible. This books also talks about reality distortion, A very special technique used by Steve Jobs to change his mind and execute something which was impossible.

This book breaks down the belief “Only engineers and technical people can invent amazon things” and how his visit to India made him believe something stronger.

#3 Zero To One -Peter Thiel

The Next Bill Gates won’t build an operating systems

The Next Marc Zukerburg Will not build Social Network, if you are copying from them you aren’t doing right.

Peter Thiel, The co-founder of PayPal has written this book defining the next solutions aren’t built from scratch. The system has so much evolved and the system is available that you can just connect those points with robust technology with a business plan that works and boom. “It will work”.

It is realistic to think that most of the startups coming up with new and disruptive ideas fail in less than 3 years but it will be awesome to learn from their mistake. Many startups fail not because they want to but because they missed the flow and failed to alight all important things together.

The book lean startups define the problems most of the startups face in their early stages and post-funding stages. Deep diving into this book has helped thousands of entrepreneurs committing the same mistake again and again and adopt think big but adopt lean-approach.

The Classic Text Annotated Timeless Wisdom for Today’s Business Issues to Replace Graham. Smart Investor is considered by many to be the best value investing book you’ll ever read. The book is written by Columbia University professor Benjamin Graham who became Warren Buffett’s. Warren Buffett, one of the top investors of all time, actually endorses it and claims it is the best investment book by far. He claims equity is a business ownership stake, which is something completely different to gambling, day trading, or something like that.

Truly one of the most ground-shaped nonfiction books is the Quiet Art of Not Giving a F*ck. It can change the perspective of life. It’s sort of an anti-hero self-help novel, something else you can read. The Subtle Art of Not Giving a F**k is his solution to the coddling, let’s all feel-good mentality which has already corrupted American culture.

#7 THE 4 HOUR WORK A WEEK BY TIMOTHY FERRISS

Timothy Ferriss describes how he freed himself from the rat race by delegating, distributing and automating his companies and cutting his working hours. He spends his new free time living on his terms, suggesting to him to wander the planet. He needs you to do the same and includes the guidelines for inspiration and practice to do so. This book’s simple message: Take shortcuts. Such solutions include working smarter. Becoming an NR leader is not just about working more intelligently. It’s about setting up a new program for you. Ferriss supports building a software enterprise that, through delegation and automation, you can scale up fast. He is excluding business providers because they are not as easy to scale.

The #covid19 has given us a lot of free time and rather than crying about issues or wasting your time on random youtube videos and Netflix show and take action to make it happen. 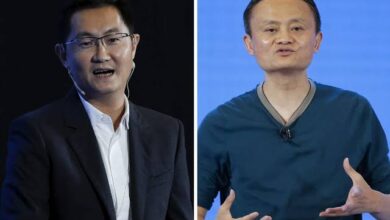