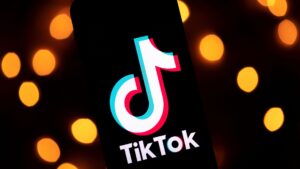 TikTok announced on Friday that Shou Zi Chew, a Singaporean national, has been named the new Chief Executive Officer of the popular video-sharing website. He will stay closely tied up to ByteDance, TikTok’s Chinese owner, continuing to serve there as a Chief Financial Officer.

Vanessa Pappas, who led TikTok on an interim basis following the sudden departure of its CEO, Kevin Mayer, formerly of Walt Disney, last year, will be the new chief operating officer.

TikTok has tried to separate itself from Beijing in recent years as its app has grown in popularity in the United States, according to Reuters, after a national security body, the Committee on Foreign Investment in the United States (CFIUS), investigated the protection of the personal data it manages.

Steven Klemencic, the CFIUS chief at consulting firm BRG and a former intelligence officer there, agrees that the newly executdd decision is in opposition to TikTok’s intentions of seperating from ByteDance control.

Congress members may object to the nomination, according to Nova Daly, a senior advisor at Wiley Rein, who oversaw the CFIUS process at the US Treasury Department. However, some CFIUS lawyers pointed out that TikTok is still firmly under ByteDance’s influence.

Former US President Donald Trump’s administration had held TikTok responsible for posing national threat in terms of security and privacy breach. Due to ByteDance’s successful legal challenges, a US attempt to sell TikTok’s American operations to a US consortium has been on hold since late last year.

TikTok has made moves to transfer control away from Beijing, where ByteDance is headquartered, and toward the United States, one of its most critical and rapidly rising markets.