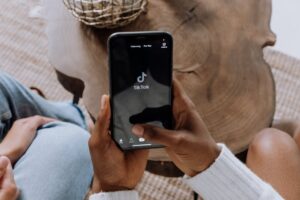 The new set of changes

The US had ordered TikTok to disclose how impactful its practices are on the teens and children. In response to this, on Wednesday, it said that it’s privacy practices are going to be made even more strict for the below-18 target audience. TikTok has introduced new default settings for its users.

With effect from Wednesday, accounts that belong to users aged between 13-15 will have their default privacy settings set as ‘private’. This automatically implies that as per the private accounts, only users that are following those accounts will be able to view their posts. However, the settings can be subject to change as per the teen’s discretion.

The older section if the teens won’t be the ones to observe such a change in their accounts. Users that are in the age group of 16-17 will have the default setting as “off” instead of “on” for letting viewers download their posts.

For nowon, Tik Tok will block anyone who might try to download videos of users that are aged 15 years and below. Features of that of direct messaging and hosting live streams will also not be available to this group of users.

It offers age appropriate videos for the users. This attempt was made by TikTok after its former version Musical.ly was caught up amidst allegations of illegally obtaining personal details from children. As a consequence of that, it agreed to pay an amount of $5.7 million to settle these accusations by the US Federal Trade Commission.

In an email, it had mentioned that TikTok abides by the rules for making the app safe for its users because it values its user’s privacy.

Previously, TikTok’s parent company, Bytedance Inc., alongside eight other online platforms including Facebook and Twitter were asked to provide information on their manner of collecting and utilising consumer data and the way their practices create an impact on the teenagers and children.

The Bytedance Inc. owned platform had garnered enough limelight as the US officials tightened scrutiny of this app because of its Chinese origin and its ability to pose threats on national security. In India as well, about 56 Chinese apps were drawn into a list out of which the majority of it got banned and the remaining companies received a questionnaire by the officials seeking reasons behind violation of several privacy norms.