Twitter has been expanding its feature and is enhancing the user interface day by day. Every so often twitter launches a new feature to be added to the list of its amazing feature. This time twitter had added a feature of TIP JAR. This feature can be used to send money to a person’s account.

This feature comes in the form of a dollar bill icon, next to the account handler’s username. All the person who wants to send money has to do is click the said option. In one of their official blogs, Twitter said, “Starting today, everyone using Twitter in English can send tips to applicable accounts on Twitter for IOS and Android.

The feature can be toggled off or in simple words can be switched off if a user doesn’t want any tips or money. This option further gets connected to multiple payment options like PayPal, Venmo, Bandcamp, And others. Though this feature is currently available to very few users as mentioned earlier, it will soon be in the reach of all those who are using Twitter. 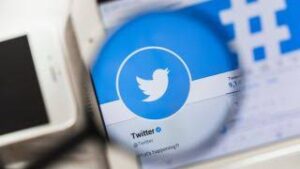 The other very recent news of twitter according to what Twitter officials released earlier is that the users will no longer have to see the cropped image posted on this social network. Earlier the format was 16:9 if a user wanted to add an image as a tweet. This new feature will allow the user to tweet the full-sized image, which earlier was required to be cropped.

This feature, again, is available for both the IOS and Android versions of mobile phones. As every social networking site is coming up with new features so often, it will be very interesting to observe that what the users have to say regarding these new features, and how useful the features turn to be? Will the users are as excited about the new feature as Twitter is, or are they going to be disappointed? Only time will tell.

For now, a limited group of people around the world who use Twitter in English can add Tip Jar to their profile and accept tips. This group includes creators, journalists, experts, and nonprofits.”