Graham Ivan, a 17-year-old to organize the scam in which he hijacked the profile including Elon Musk, Barak Obama, Joe Biden, Kim Kardashian West, Kanya West, Apple, Uber, and other companies.

According to the Florida court deal, he will be sentenced to 3 years of imprisonment as part of his plea deal. 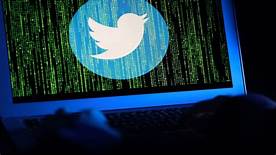 The teenage boy took control of the well-known Twitter account last summer and issued for more than $100,000 in Bitcoin.

In a deal with the prosecutor, Graham Ivan Clark agreed to serve three years in prison. The agreement says, Clark, now 18, to be sentenced as a “youthful offender,” avoiding a minimum 10-year of imprisonment if he had been evicted as an adult and the mendatory will only applyb if he violates his probation. He is currently in a state prison designated for young adults. He may spent some of his time in military-style boot camp.

Moreover he is banned form using computers without permission and supervision from law enforcement.

Adding to it, Clark worked with other two hackers to co plete the heist and imitated a member of Twitter staff to gain access to the company’s network.

Nima Fazeli, 22, of Orlando, and Mason Sheppard, 19, of Bognor Regis, were also charged in this crime.

Mr. Sheppard and his members declined to make any comments and the Home Office said it “does not comment on extradition requests”.

Anonymous online outlaws were interviewed and it concluded that the attack was not the work of a rogue Twitter employee, a hostile government or nefarious intelligence agency. The hack was hatched, they said, by a teenager from Florida. Who first developed an online playbook for ripping people off while immersed in the game Minecraft.