TheDigitalHacker
HomeNewsUnderestimating a ransomware attack lead to leak of personal data of an...
NewsTech

Ransomware attacks are increasing day by day, bringing us to hackers new set of prey, which includes the entire population of a small but beautiful Swiss town on the shores of Lake Geneva, Rolle. The town acknowledged the fact that it had underestimated the severity of the cyber attack and confidential data of some 5400 inhabitants were exposed on Dark Web.

The municipal government of the town at first insisted that only small amounts of data was affected and all of the data has been restored from backup copies. It was a “weak attack and did not contain any sensitive municipal data” , said the town’s chief administrative Monique Choulat Pugnale to Swiss daily 24 heures. But according to a later investigation by a Swiss newspaper La Temp, the attack was detected on May 30 and was “massive data theft”. The paper cited an unnamed cyber security expert on the dark web saying that it took 30 minutes tops to turn up thousands of information of Rolle municipal documents. He said that documents were extraordinarily sensitive and personal. 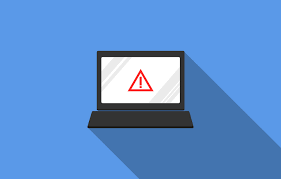 The data included the names, addresses, SSN, date of births, cell phone numbers, marital status information, residency permit for non Swiss nationals and in some cases religious affiliation were also listed. Additionally school records along with student’s grades as well as names of children that were Covid-19 affected, forms for evaluation of employees and some criminal records were also found, according to the paper AFP and New Straight Times.

The damage still cannot be quantified but one thing is for sure; inhabitants and municipal government of Rolle town need to be extremely careful with devices from now prevent further disruptions