Five bills have been introduced in the United States by lawmakers to limit the power of Big Tech companies. The legislation was created following a 16-month investigation into the powers of Amazon, Apple, Google, and Facebook.

They discuss topics such as data, mergers, and these companies’ competitive behaviour, which may eventually force them to sell some assets.

However, the bills aimed at Big Tech do not have unanimous support. 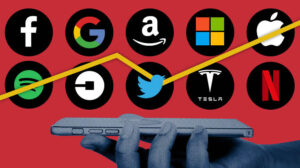 “Bills that target specific companies, instead of focusing on business practices, are simply bad policy… and could be ruled unconstitutional,” US Chamber of Commerce President Neil Bradley said in a statement.

The bills’ co-sponsor and Democratic chair of the Antitrust panel, David Cicilline, tweeted a breakdown of the legislation, which he says will “strengthen our laws to hold tech monopolies accountable, and build #AStrongerOnlineEconomy.“

The bills, which have received bipartisan support, are as follows:

The American Choice and Innovation Online Act prohibits businesses from using marketplaces to promote their own products.

The Platform Competition and Opportunity Act of 2021 – this bill makes it more difficult for businesses to acquire and eliminate competitors.

The Augmenting Compatibility and Competition by Enabling Service Switching (ACCESS) Act of 2021 enables you to leave a social media platform and take your data to a competitor.

The Merger Filing Fee Modernization Act of 2021 – This bill provides the Department of Justice and the Federal Trade Commission with the resources they need to police monopolies at no cost to taxpayers.