TheDigitalHacker
HomeUpdateWhatsApp push forwards its date of exacting privacy amendment to May 15;...
Update

WhatsApp push forwards its date of exacting privacy amendment to May 15; seeks more time for revising its T&C to make it user friendly 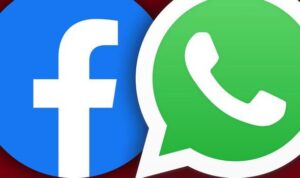 WhatsApp’s new terms and conditions over user privacy was supposed to come into effect from February 8, on the denial of which users would lose access to their accounts. However, now the app has pushed the date to May 15. This announcement comes right after users started switching to other apps over privacy concerns.

“We’re now moving back the date on which people will be asked to review and accept the terms. No one will have their account suspended or deleted on February 8. We’re also going to do a lot more to clear up the misinformation around how privacy and security work on WhatsApp.

” We’ll then go to people gradually to review the policy at their own pace before new business options are available on May 15,” said WhatsApp.

The app has now decided to let users review the policy at a gradual pace. The app has started giving clarifications on misinformation being spread about the new amendment.

The most recent controversy of Whatsapp was that of the various private group chat links being available on Google. However, the app advised Google to not share these links across publicly available sites as well as prohibit putting the links to its index.

The same thing had taken place in February 2020, when Jane Wong, app reverse engineer came across that Google showed 470,000 results as he typed “chat.whatsapp.com” in the search box.

“Since March 2020, WhatsApp has included this “non-index” tag on all deep link pages which, according to Google, will exclude them from indexing. We have given our feedback to Google to not index these chats,” a WhatsApp spokesperson told IANS.

Besides this, there are several other allegations about the same but according to a spokesperson at WhatsApp, it is the duty of the people to restraint themselves from sharing group links outside the concerned parties.

Google’s public search liaison, Danny Sullivan said in a tweet before: “Search engines like Google & other list pages from the open web. That’s what’s happening here. It’s no different than any case where a site allows URLs to be publicly listed. We do offer tools allowing sites to block content being listed in our results.”

What details were Whatsapp going to retain from its active users as per the latest amendments?

WhatsApp states that it uses Facebook’s global infrastructure and data centres to store user data. In some cases, as it says, data might be transferred to other affiliate companies of Facebook because of the importance of such data for the “global services set forth” in their terms.