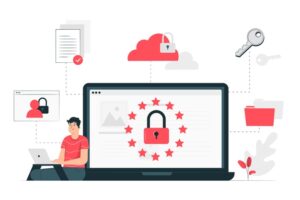 After a series of to and fro interactions between WhatsApp and Government authorities of various countries, WhatsApp had explained its revised set of privacy policies to clear misinterpretations.

This involves users to go through an authentication process when they try to link in their WhatsApp accounts and their desktop. They will have to verify their identity by means of Face ID or fingerprint. This whole process is supposed to take place in a privacy-preserving manner. WhatsApp would not be able to access the biometric details stored on the handset’s operating system thereon.

The following step is supposed to prevent any unethical use or misuse of a user’s WhatsApp account. After a user successfully logs into their account on the desktop, they can then use the QR code scanner to complete the linking procedure.

“This will limit the chance that a housemate or officemate (when we have those again) can link devices to your WhatsApp account without you. This builds on our existing security measures today, which pop up a notice in your phone whenever a Web/Desktop login occurs, and the ability to unlink devices from your phone at any time,” WhatsApp in its official statements during the release.

The new security feature will be made available for the social messaging app’s active users in the coming weeks. Alongside this, a visual redesign will soon be introduced with regards to WhatsApp webpages on mobile phones in near future.

Everyone can’t afford the new iPhone 13 series, find out why?

WhatsApp is anticipated to add five additional features: Let’s have a look