TheDigitalHacker
HomeNewsTechWhy are the tech giants, Google and Facebook against the Australian legislative...
NewsTech 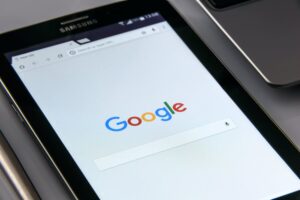 On Friday, the internet giant Google posed a threatful warning of blocking the Australians from utilising Google’s services unless the Australian government makes changes to the landmark legislation to make Google pay new outlets concerning their content.

This is a major step taken after months of negotiations rendered futile over the drafting of this law.

The legislative law was introduced in 2020

Apparently, the legislative laws in Australia, act in favour of an argument that criticizes the tech giants for benefitting from traffic via digital platforms. Agreeing to the law thereon makes them prone to “unmanageable levels of financial and operational risks.” Earlier, efforts made on behalf of hard-pressed news media in Europe were mainly in concern with copyright laws and achieved little success.

Prime Minister Scott Morrison reacted upon the threats posed by Google, “Australia makes our rules for things you can do in Australia. That’s done in our parliament”. He further added, ” People who want to work with that in Australia, you’re very welcome, but we don’t respond to threats.”

Google and Facebook had earlier agreed to pay the media companies via direct arrangements for their content. Furthermore, to prevent showdown, they had also proposed various changes in the draft law.

“Withdrawing our services from Australia is the last thing that Google wants to have happened, especially when there is another way forward,” said Silva.

Google entered into a similar agreement with France, but it has a different approach

Google had reciprocated to a mutual agreement to pay the news publications in France, which stands in contrast to how it reacted to the Australian law hours after this agreement.

The Australian approach is mainly focused on how much control do the tech giants have upon the payout process and operational aspects like that of quantum of payments for the media sources and that the law asks them to reveal their algorithms prior to their execution. Canberra’s proposal of high figures as a penalty adds up to further disagreement on behalf of the tech companies. The whole law is drafted in a manner that makes it forceful for the tech companies to act on it, whilst the French agreement is focused on payments linked to copyrights.

What does the current draft entail

The legislation states that failure on part of Google and Facebook to mutually decide an agreed value within three months, they will have to then enter a mandatory arbitration with the media organisations. The next step would be for the arbiter to select an option amongst the two payment proposals, one put forward by the news outlet and the other by the tech firm.

Under the concerned law, the tech firms are also required to prior inform the news businesses in case of algorithm changes. They need to notify them with two weeks’ notice about the algorithms that can have an impact on their content distribution. The notice should also include punitive clauses for restraining the firms from blocking content to prevent payment.

The negotiations and the subsequent actions can have an impact elsewhere, on the regulation of the digital economy, including India.

As per FCCI-EY,  online news sites, portals and aggregators in India have users as high as 300 million. India is currently the second-largest online news consuming nation in the world, following China at number 1.

The digital advertising expenditure for the year 2019, in India, increased by 24 per cent, as per EY estimates. It is expected to rise further.

Tech giants Facebook and Google globally acquire 61% of the digital advertising market share, as per research by Edelweiss.