Microsoft has revealed the first few details of the upcoming 19H2 Windows 10 update, which is the second major operating software update of the year.

The update sounds to be minor, even by Windows 10 standards. Microsoft says that the update will offer nothing more but performance improvements, enterprise features, and quality enhancements for Windows 10. It is now focusing on a September release.

But the good news is that Microsoft is changing the update process for the release to make it faster and less disruptive. the giant company says it will use servicing technology to deliver this new update. This means that the update would be more of a regular monthly update rather than a big bi-annual feature update. And this new update would be available to only those users who are running Windows 10’s current May 2019 update. 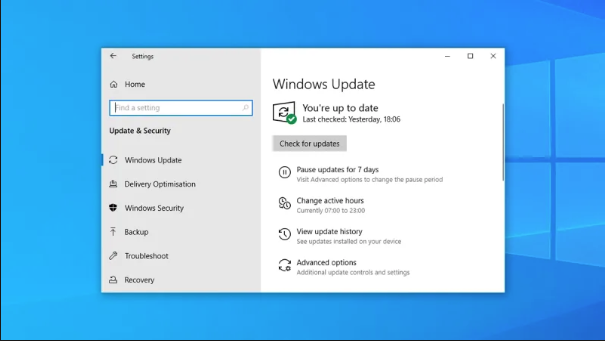 This new release has been referred to as 19H2 with Insiders. 19H2 will include a scoped set of features for select performance improvements, enterprise features, along with quality enhancements. All this would be delivered to customers running the May 2019 update using servicing technology. This update will be offered to Insiders in the Slow ring via servicing as a Cumulative update and not full build updates. Also, some Insiders might not see the new features right away due to CFRs, i.e., controlled feature rollouts, to gain better feedback on overall build quality.

According to Microsoft, this update is all about testing the update delivery process, and not at all about delivering any new features to users. Microsoft even says that it does not contain any changes that would be visible to users. The company says that as it moves closer to the release, the details about this 19H2 update’s new features would be released.