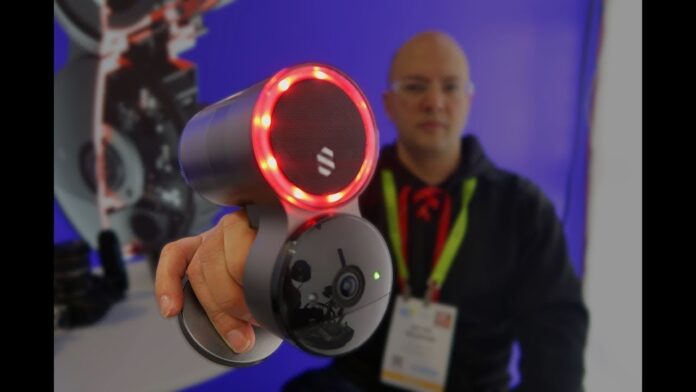 10-Second Threat Identification: Faster than any other security system in the market.

Deep Sentinel is as futuristic as the name suggests. First off, Jeff Bezos is bankrolling the company (at least in part), so you know they’re up to something good. Deep Sentinel leverages AI to deliver proactive security like never before. It’s the difference between catching a burglar, and catching a burglar before he’s in your home. That’s the power of man and machine working together. It’s expensive, but it’s worth it.

Live Sentinel is the name given to Deep Sentinel’s professional trained agents who spring into action the instant a potential threat is suspected. These dedicated monitoring agents take immediate steps to engage and deter potential intruders as well as alerting police in real time as the situation unfolds. Generally in 30 seconds or less.

Current Deal
Deep Sentinel offers their $699 equipment at $499, you can also save $100 on the surveillance subscription if you pay the annual subscription upfront.

Among the numerous high-tech features offered by the Deep Sentinel security solution are innovations such as:

Real-Time Intervention: If something shady happens, Deep Sentinel responds in real-time with speakers that set off a 104-dB siren and two-way communication that allows their human surveillance team (Live Sentinels) to communicate directly with the intruder and the police.

100% Verified Police Escalation: Police are contacted within 20 seconds by someone with direct visual and auditory knowledge of what is happening and classify Deep Sentinel crime in progress calls as a high priority to ensure the fastest possible response time.

1080p (HD) Resolution: Live video and stored footage can be streamed directly to law enforcement and the owner’s smartphone in full HD.

Rapid Wakeup and Record: Deep Sentinel cameras go from standby mode to recording in less than 250 milliseconds and intelligent processing wakes device only when needed.

Night Vision: Motion detection is possible as far as 35 feet out regardless of whether there is full daylight or pitch darkness with 850nm infrared LED lights.

130° Field of View: The viewing angle of Deep Sentinel surveillance cameras allows for a wide field of view without the warping of vision that often occurs with wider lenses.

Long Lasting Battery: With rechargeable batteries that are able to last as long as two months on one charge and a built-in charging station in the Hub, Deep Sentinel security system is always fully charged.

Weather proof: With IP65 housing, Deep Sentinel products are protected from snow and rain and able to weather temps ranging from -4 degrees to 122 degrees Fahrenheit.

On-Site Processor: Deep Sentinel is the only system with an on-site processor – the Snapdragon 820 SoC – which can process ten frames per second.

True AI Analysis: This allows the Deep Sentinel system to distinguish between suspicious behavior and ambient movements such as those from swaying branches or pets to minimize the number of false alerts.

24/7 MONITORING: Deep Sentinel has dedicated surveillance agents based in the United States that watch the perimeters of a protected area 24 hours a day, 7 days a week, 365 days a year.

WIRELESS EQUIPMENT: No wires means no chance for intruders to cut the power, video feed, or other connections on a security system. It also makes self-installation a breeze.

DIY INSTALLATION: With a zero-configuration wireless connection and single screw one step camera mounting, the Deep Sentinel system installs quickly, easily, and without the need for professional assistance.

VOICE RESPONSE: Deep Sentinel provides a high-quality microphone and audio speakers to allow for two-way communication as well as the ability to intervene should a break-in occur.

GEO SERVICES: Deep Sentinel combines their AI processing hub, smart cameras, and motions sensors to create an intelligent zone of surveillance that extends to the perimeter of one’s property.